Highly immersive and realistic virtual reality experiences are very possible these days with High-End virtual reality headsets like Oculus Rift, PSVR and HTC Vive. The computers, to which the headset is connected, are quite powerful and render high graphics content at 60- 90 fps. A large volume of data is transferred from computer to headset’s display at 90hz [almost 4 times greater than a full HD TV]. For best seamless experience without any lags low latency is a mandate. This is easily achieved with a wired setup. But users are facing several issues due to the connecting cables: Restricted play area, cable getting tangled & risk of tripping over. Though there is this weird way of avoiding all of this using the following setup,

the optimal solution for the problem statement are wireless adapters that could make the existing VR setup wirefree.

Bigger players like Oculus and HTC are taking it very slow in-terms of introducing wireless adapters as they are weighing flawless streaming over convenience alongwith other factors such as bandwidth and cost. Let us look into various options available in the market that can make your premium VR setup become wire-free !! 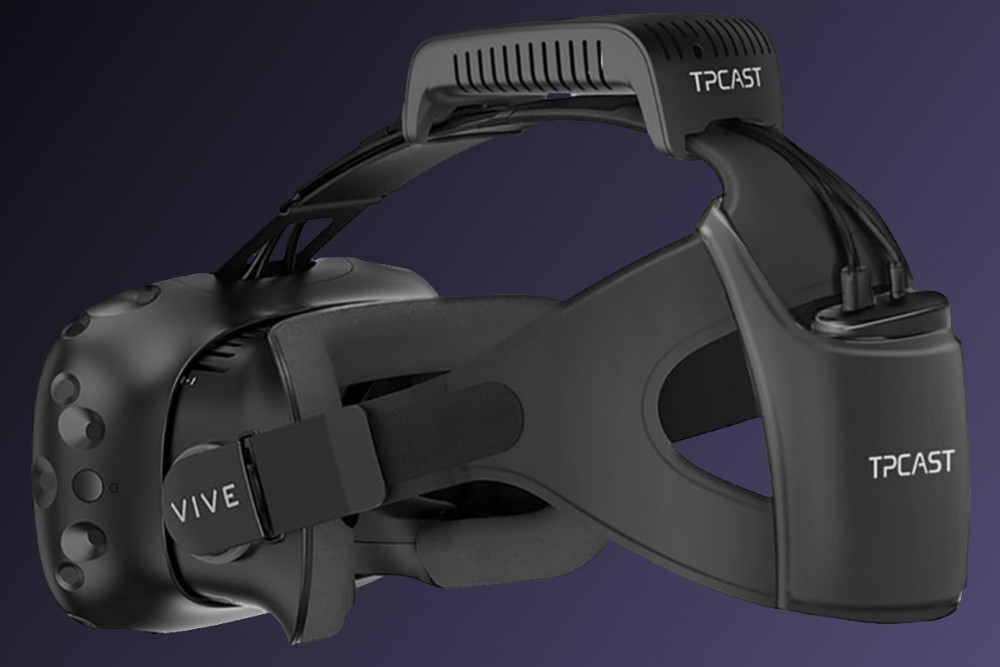 TPCast can be said as the first highly successful wireless VR adapter available out in the market. It costs $299 for a HTC Vive and $349 for a Oculus Kit. The kit has 2 modules: RX and TX. TX module transmits the VR audio and visuals from PC to HMDs maintaining low latency. The RX module captures the data from TX module and displays the video on HMDs and transfers audio to headphones. The setup is little complicated compared to its competitors but it can be worn comfortably for long hours as its weight counterbalances with that of the head set. At CES 2018, HTC has finally revealed its own wireless adapters for the Vive. HTC’s own adapter uses Intel’s WiGig technology and codecs from DisplayLinkXR. Wi-Gig operates at 60Ghz band, helping prevent any interference and running at low latency. This should keep the performance at the best possible. The cost and battery capacity are still unknown. Expected by 2nd quarter of 2018. This adapter will support both HTC Vive and HTC Vive pro version.

Rivvr is another product yet to be launched but is coming with a lot of catchy feature in a box. It looks neat and simple. Rivvr wireless adapters are compatible with Oculus, Vive and other VR headsets. As part of beta release, 4000 units are ready to be shipped by March. You can order from here. Cost $199-$259

There have been many acquisitions in the VR and AR space in both the hardware and software in the least 24 months, but none of them could have been less expected than the one Advanced Micro Devices did with Nitero. Nitero is another company who was working on 60Ghz wireless technology for VR devices.

There has been several Research and Development in wireless technology for High End VR experiences. But the big question is the pricing factor. For someone who has already invested around $400 for a headset an addition of another $200+ for a wireless adapter seems to burn a hole in the pocket. Is $250+ investment totally worth the return ?? Well that’s totally an individual’ choice.

Side Effects of Virtual Reality

Rivvr announced today by email to prior deposit backers of new pricing and sales of initial batch of 4000 units in March 2018.